In October I had the privilege to attend another lovely /dev/fort. The concept of /dev/fort is to bring a group of web types together in a beautiful, remote location, spend a week building something, and (ideally) result in something usable at the end.

Generally a /dev/fort cohort is around ten people, but in this case logistics meant there were eighteen of us heading to the Isle of Eigg in the Inner Hebrides.

On the Saturday night, we started the long journey by piling onto the sleeper train to Glasgow. I never sleep well on sleeper trains. At 6am the next morning, we arrived in Glasgow and blearily found our next train: the five-hour West Highland Line service to Mallaig.

The West Highland Line has been called one of the most scenic rail journeys in the world, and it doesn’t disappoint. It weaves its way out of Glasgow, around the lochs on the west coast of Scotland, before climbing its way up to the desolate and beautiful Rannoch Moor and stopping at Corrour: both the highest and most remote station in Great Britain. After winding its way down, it stops at Fort William in the shadow of Ben Nevis.

Past Fort William, the line passes below Neptune’s Staircase, the longest flight of canal locks in Britain (eight of them), before twisting past Loch Eil and through a terrifyingly picturesque part of Scotland before it arrives at its terminus, the remote fishing village of Mallaig. 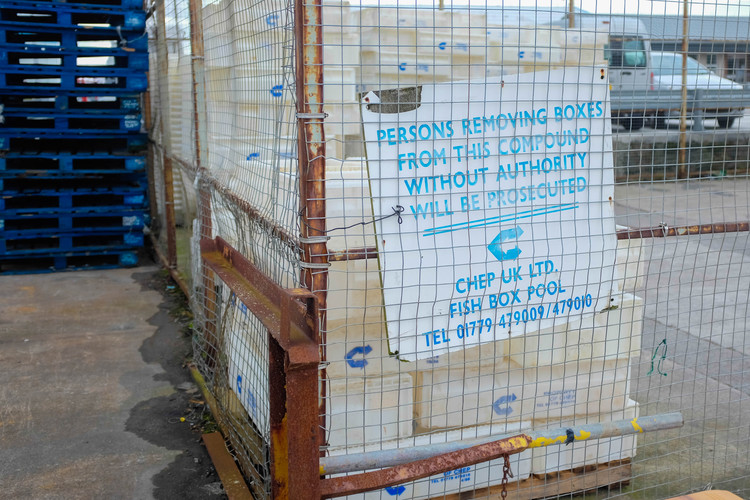 At Mallaig, close to 24 hours into our journey (at this point I began to realise it would have been quicker and easier to fly to San Francisco), we stopped for a well-earned beer before boarding the CalMac ferry which serves the Small Isles. 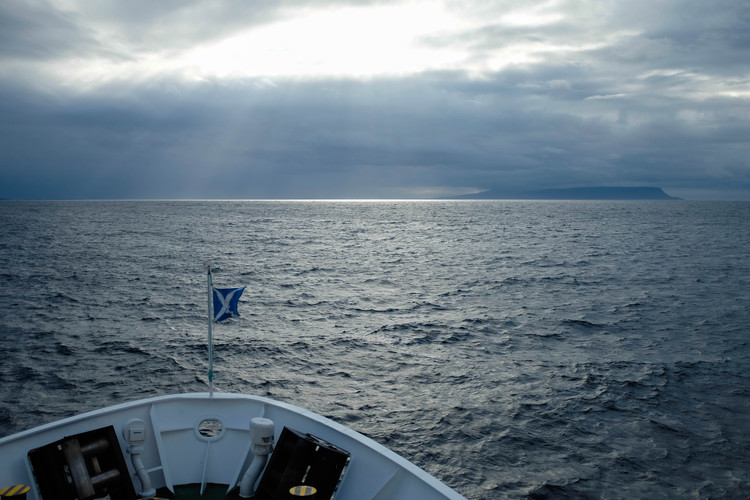 Eigg is a unique place: after a protracted struggle in the 80s and 90s involving a succession of increasingly eccentric landlords, the island is now entirely owned by the community of around 80 permanent residents.

Eigg also has a community-owned power company (primarily hydroelectric) and a wireless ISP (shared with the neighbouring islands) – BT has disavowed Eigg as uneconomical to provide broadband to, but the WiFi available on the island is faster than ADSL in some places in London. 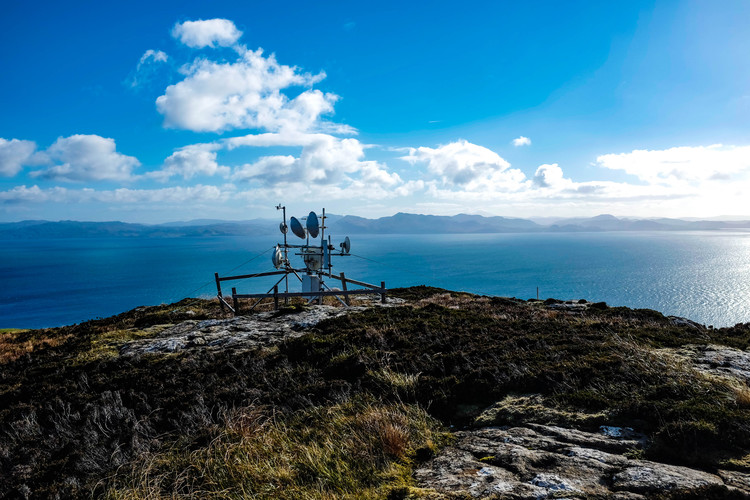 Eigg is a distinctive piece of geology, with a massive volcanic ridge known as An Sgùrr. The climb to the top takes several hours, and after an abortive attempt to climb it in the rain and mist, we finally succeeded several days later. The view was worth the wait. 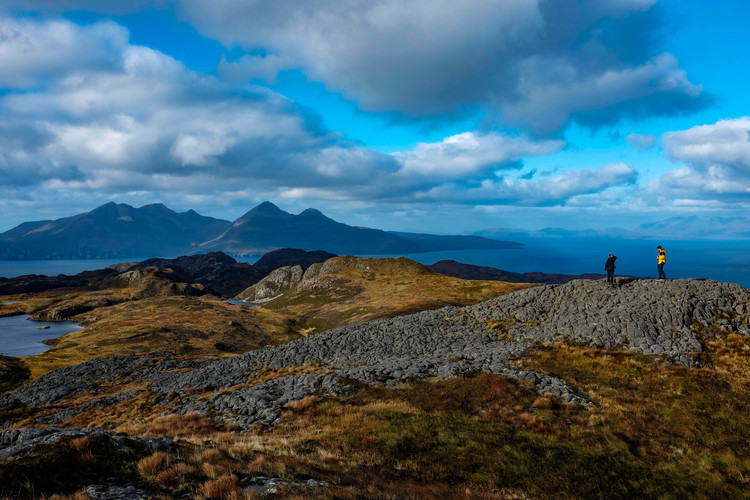 The highlight of the trip for me (besides, of course, the excellent company and copious whisky) was when we were lucky enough to stumble outside late one evening to be greeted by a stunning aurora. 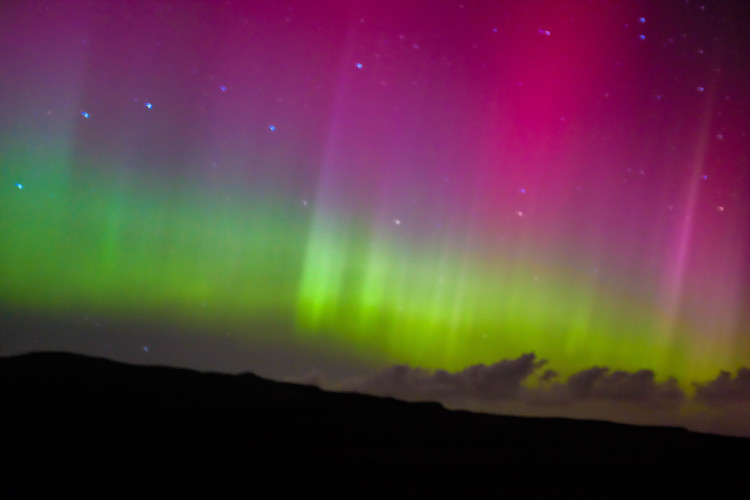 Somehow, we still managed to tear ourselves away from the amazing landscape for long enough to build some things.

My team made Earth Lens, a site for exploring astronaut photography of Earth. Other projects to come out of /dev/fort 8 included Reading Gym.

We had to get up early for the long journey back to London, but we were greeted with a spectacular sunrise over the Scottish mainland, followed by a beautiful day. 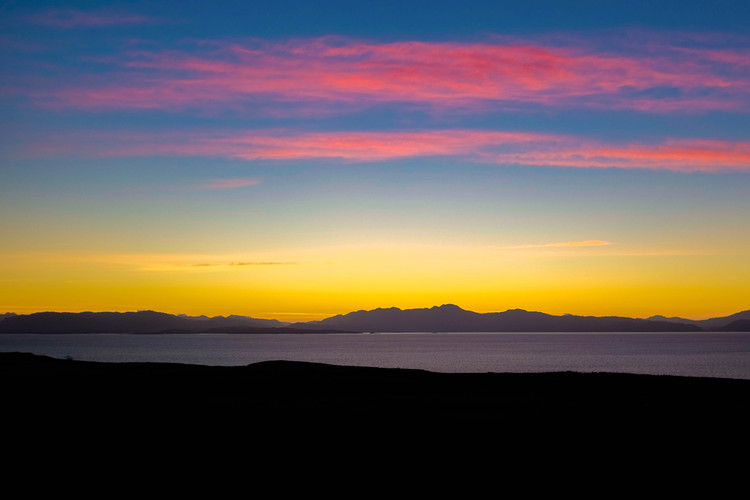 You’d be forgiven for thinking this isn’t the Hebrides in mid-October. 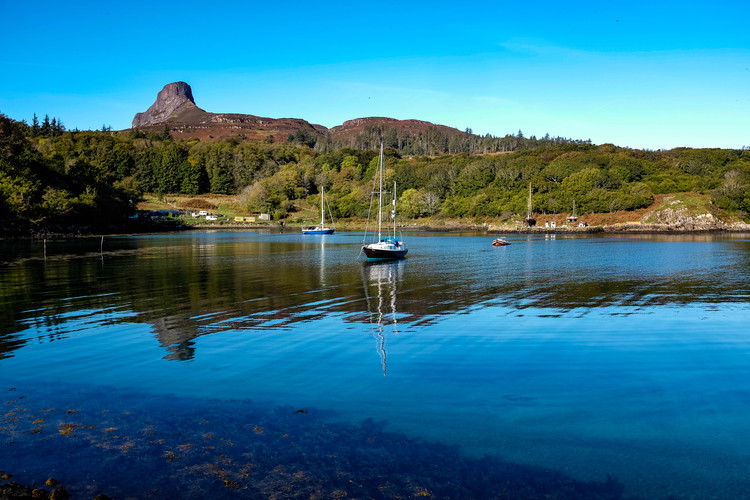 Special thanks to James and Norm for the opportunity to come along, and Lucy who made us very welcome on the Eigg.

You can see a lot more of my photos from Eigg on Flickr. (All my photos for this trip were taken using the exceptional Fuji X100s)